Where are memories stored in the brain?

Memories aren’t stored in just one part of the brain. Different types are stored across different, interconnected brain regions. For explicit memories – which are about events that happened to you (episodic), as well as general facts and information (semantic) – there are three important areas of the brain: the hippocampus, the neocortex and the amygdala. Implicit memories, such as motor memories, rely on the basal ganglia and cerebellum. Short-term working memory relies most heavily on the prefrontal cortex.

The American Justice System As We Know It.

“Defund the Criminal Justice System, not the police”

At the prison cell, Daniel Oath and Steven Jones, his attorney meet.

Daniel:  “I’m innocent, I didn’t kill her,” the prisoner cried. “I only slept with her and nothing more.”  He cried, rolling his eyes.  “They’ve got the wrong guy.” He shouted repeatedly, his face contorted in anguish.

“I could not get the judge to stay the execution, I am sorry” Steven Jones said

“Promise me something, work towards a truth machine. One that can scan the memory to show if the person is guilty or innocent. If that machine existed, I would be free” Daniel said with passion.

“I promise you Daniel. I will find a way” Steven said.

Steven Jones turned around to the guard.

“You have a minute Oath” Guard said

“Someday!” Daniel shouted and repeated again, “the world will know that they killed the wrong guy today, and the guilty one is free. You want my final request?” his face lit up, “I have a final request! Someone! You gotta find a way to read people’s minds,” he implored. “Build a machine that could look into people’s brain to see if they are guilty or innocent! There must be no more mistakes.  No more innocent blood should be shed.”

“You want my final request…Well that is it.” Daniel said

He stared defiantly at Steven. “They are making a big mistake now,” Daniel continued, “but you cannot undo it as I will be in heaven when my innocence is proved. So just flip the switch and let me go there,” Daniel Oaths shouted.

There are three areas of the brain involved in explicit memory: the hippocampus, the neo-cortex and the amygdala.

How do we know this? In 1953, a patient named Henry Molaison had his hippocampus surgically removed during an operation in the United States to treat his epilepsy. His epilepsy was cured, and Molaison lived a further 55 healthy years. However, after the surgery he was only able to form episodic memories that lasted a matter of minutes; he was completely unable to permanently store new information. As a result, Molaison’s memory became mostly limited to events that occurred years before his surgery, in the distant past. He was, however, still able to improve his performance on various motor tasks, even though he had no memory of ever encountering or practising them. This indicated that although the hippocampus is crucial for laying down memories, it is not the site of permanent memory storage and isn’t needed for motor memories.

The study of Henry Molaison was revolutionary because it showed that multiple types of memory existed. We now know that rather than relying on the hippocampus, implicit motor learning occurs in other brain areas – the basal ganglia and cerebellum. 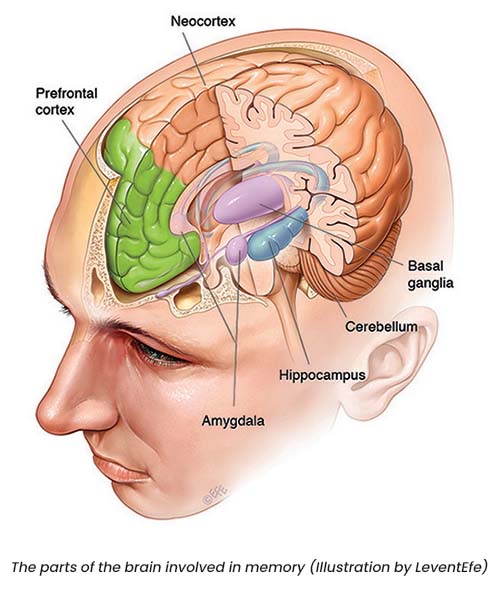 The neocortex is the largest part of the cerebral cortex, the sheet of neural tissue that forms the outside surface of the brain, distinctive in higher mammals for its wrinkly appearance. In humans, the neocortex is involved in higher functions such as sensory perception, generation of motor commands, spatial reasoning and language. Over time, information from certain memories that are temporarily stored in the hippocampus can be transferred to the neocortex as general knowledge – things like knowing that coffee provides a pick-me-up. Researchers think this transfer from hippocampus to neocortex happens as we sleep.

The amygdala, an almond-shaped structure in the brain’s temporal lobe, attaches emotional significance to memories. This is particularly important because strong emotional memories (e.g. those associated with shame, joy, love or grief) are difficult to forget. The permanence of these memories suggests that interactions between the amygdala, hippocampus and neocortex are crucial in determining the ‘stability’ of a memory – that is, how effectively it is retained over time.

There’s an additional aspect to the amygdala’s involvement in memory. The amygdala doesn’t just modify the strength and emotional content of memories; it also plays a key role in forming new memories specifically related to fear. Fearful memories are able to be formed after only a few repetitions. This makes ‘fear learning’ a popular way to investigate the mechanisms of memory formation, consolidation and recall. Understanding how the amygdala processes fear is important because of its relevance to post-traumatic stress disorder (PTSD), which affects many of our veterans as well as police, paramedics and others exposed to trauma. Anxiety in learning situations is also likely to involve the amygdala, and may lead to avoidance of particularly challenging or stressful tasks.

QBI researchers including Professor Pankaj Sah and Dr Timothy Bredy believe that understanding how fear memories are formed in the amygdala may help in treating conditions such as post-traumatic stress disorder.

There are two areas of the brain involved in implicit memory: the basal ganglia and the cerebellum.

The basal ganglia are structures lying deep within the brain and are involved in a wide range of processes such as emotion, reward processing, habit formation, movement and learning. They are particularly involved in co-ordinating sequences of motor activity, as would be needed when playing a musical instrument, dancing or playing basketball. The basal ganglia are the regions most affected by Parkinson’s disease. This is evident in the impaired movements of Parkinson’s patients.

The cerebellum, a separate structure located at the rear base of the brain, is most important in fine motor control, the type that allows us to use chopsticks or press that piano key a fraction more softly. A well-studied example of cerebellar motor learning is the vestibulo-ocular reflex, which lets us maintain our gaze on a location as we rotate our heads.

The prefrontal cortex (PFC) is the part of the neocortex that sits at the very front of the brain. It is the most recent addition to the mammalian brain, and is involved in many complex cognitive functions. Human neuroimaging studies using magnetic resonance imaging (MRI) machines show that when people perform tasks requiring them to hold information in their short-term memory, such as the location of a flash of light, the PFC becomes active. There also seems to be a functional separation between left and right sides of the PFC: the left is more involved in verbal working memory while the right is more active in spatial working memory, such as remembering where the flash of light occurred. 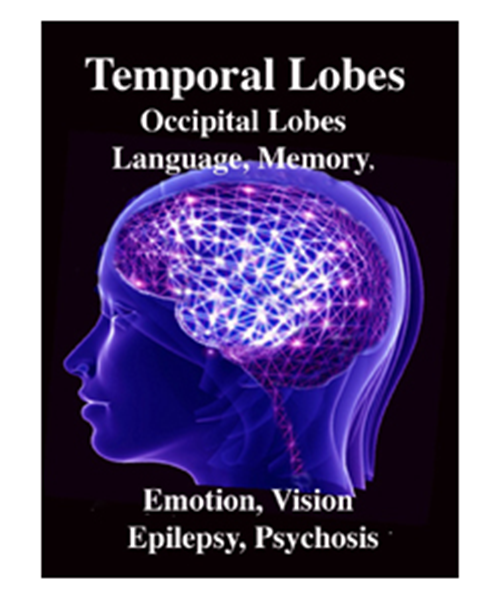 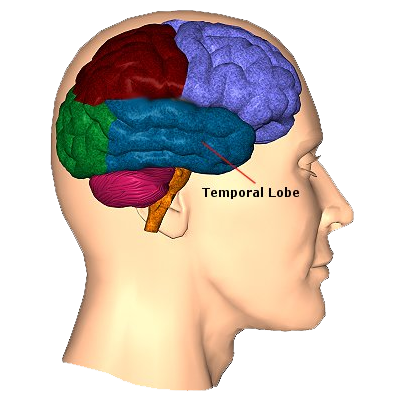 The temporal lobes are unique. These are the only regions of the brain that subserves personalized, subjective emotional and social experience and can store and recall this information from memory. The temporal lobes also contains the core structures of the limbic system involved in emotion and memory, the amygdala and hippocampus. 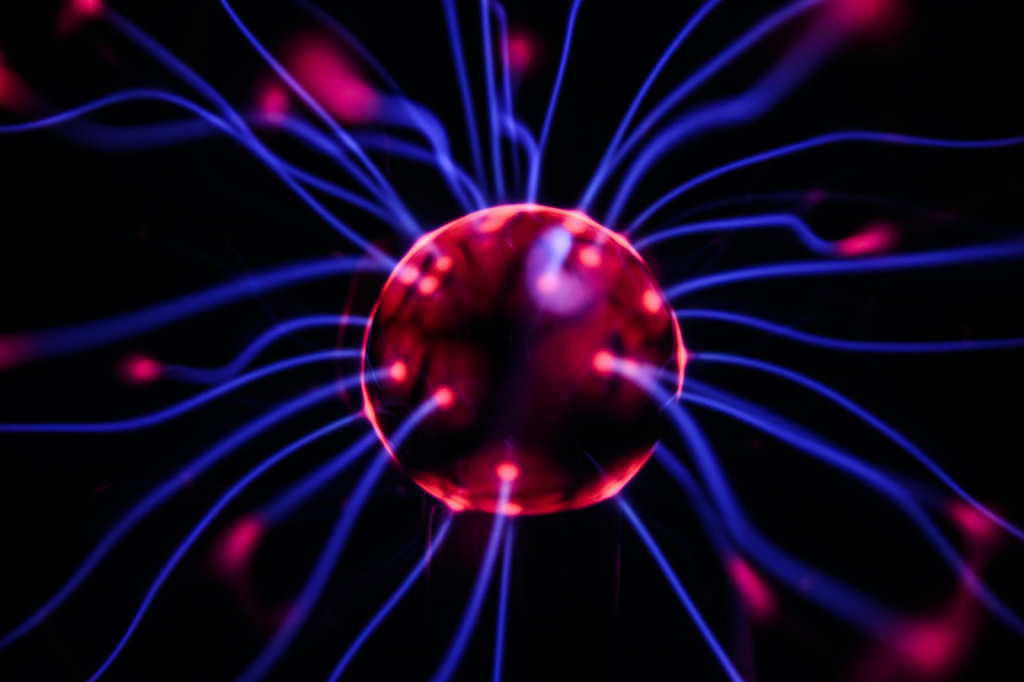 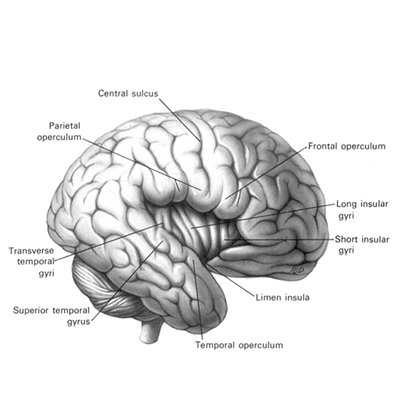 Of all brain regions, only stimulation or activation of the temporal lobe or underlying limbic structures, gives rise to personalized, subjective, emotional, and sexual experiences (Gloor, 2011; Halgren, 2002). Although direct electrical stimulation of the frontal motor cortex can induce twitching of the lips, flexion or extension of a single finger joint, protrusion of the tongue or elevation of the palate, patients never claim to have willed these movements. That is, stimulation of the frontal lobes evokes behavior that seems outside the control of the patient (Penfield &Boldrey, 1937; Penfield & Jasper, 1954; Penfield & Rasmussen, 1950; Rothwell et al. 2007).

By contrast, electrode stimulation of the temporal lobes evokes experiences which become part of the subjective stream of consciousness, embedded into the very fabric of the personality, such that the personality, and even sexual orientation may be altered. Moreover, patients may experience profound visual and auditory hallucinations and even feel as if they have left their bodies and are floating in space or soaring across the heavens. 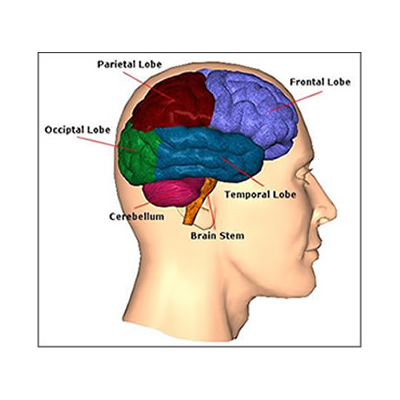 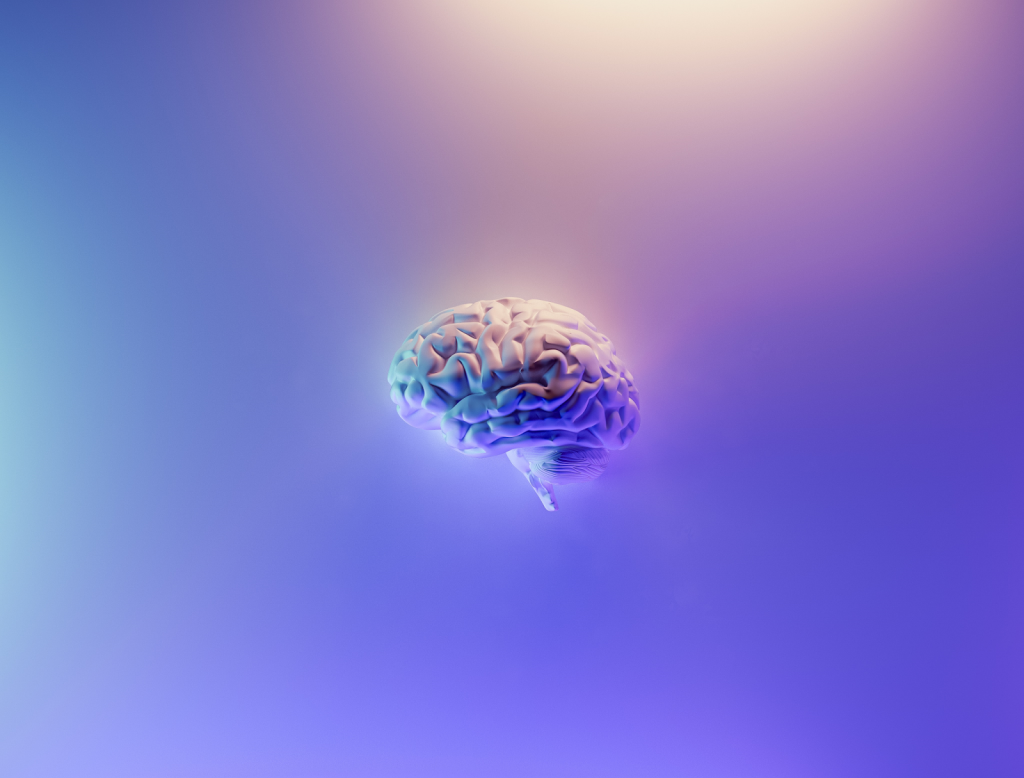 There is no subjective sensations with frontal or parietal or occipital stimulation. In fact, with stimulation to these other brain areas the patient only becomes aware of the stimulation when they attempt to speak or move, or if a finger begins to twitch or if they feel painful tingling or see flashes of light. Although damage to the frontal lobe can produce the “frontal lobe personality” it is the temporal lobe which subserves those aspects of experience which are experienced as personal and subjective, of pertaining to the self and one’s personal and even spiritual identity. Indeed, stimulation of the temporal lobe can give rise to profound personal, emotional, sexual, and even religious feelings which are experienced as personally, spiritually and philosophically meaningful, including even sensations of having the “truth” revealed and of receiving knowledge regarding the meaning of life and death.

The temporal lobe is the most heterogenous of the four lobes of the human brain, as it consists of six layered neocortex, four to five layered mesocortex, and 3 layered allocortex, with the hippocampus and amygdala forming its limbic core.

Given the role of the amygdala and hippocampus in memory, emotion, attention, and the processing of complex auditory and visual stimuli, the temporal lobe became similarly organized (Gloor, 2011). Broadly considered, the neocortical surface of the temporal lobes can be subdivided into three main convolutions, the superior, middle, and inferior temporal gyri, which in turn are separated and distinguished by the sylvian fissure and the superior, middle, and inferior temporal sulci. Each of these subdivision performs different (albeit overlapping) functions, i.e. auditory, visual, and auditory-visual-affective perception including memory storage.

The inferior and middle temporal lobes, are the recipients of one two diverging (dorsal and ventral) streams of visual input arising from within the occipital lobe and thalamus (Ungerlieder&Mishkin, 1982); i.e. the pulvinar and dorsal medial nucleus of the thalamus. The dorsal stream is more concerned with the detection of motion and movement, orientation, binocular disparity, whereas the ventral stream is concerned with the discrimination of shapes, textures, objects and faces, including individual faces (Baylis et al., 2015; Perrett et al., 2004, 2002). This information flows from the primary visual to visual association areas and is received and processed in the temporal lobes and is then shunted to parietal lobe, and to the amygdala and entorhinal cortex (the gateway to the hippocampus) where it may then be learned and stored in memory. 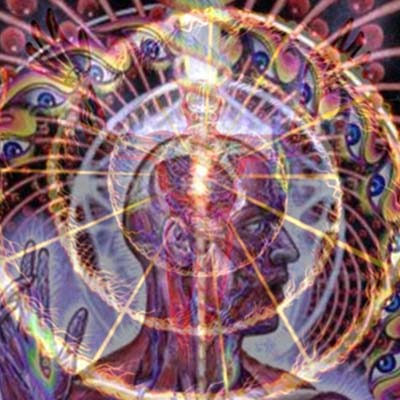